Smash burgers are, as the name implies, smashed burgers! The key to success is to cook them in a searing hot cast-iron pan and press the meat down into a flat patty, cooking until they have a crisp crust, then flip them over. 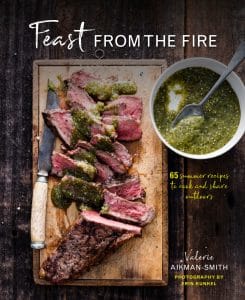 Recipes are from Feast from the Fire by Valerie Aikman-Smith, with photography by Erin Kunkel. It is published in hardback by Ryland Peters & Small.