The distinctive trilling call of the curlew is a sure sign that longer, sunnier days are on the way.  Brian Pike reports on one of the Dales’ most iconic birds.

As winter gives way to spring, a joyous blast of birdsong builds to a crescendo every morning and evening. But the bird that makes its presence felt here in North Yorkshire more loudly and forcefully than any other is the curlew. Mingling with the baaing of newborn lambs, the curlew’s eerie warbling provides the definitive soundtrack for springtime in the Dales.

The curlews come here in spring to breed on the moors and damp upland pastures, and the Dales is one of the few remaining strongholds for these increasingly threatened birds. Their intimate relationship with the region is celebrated in the Richmondshire District Council logo: a curlew soaring across a panorama of limestone hills.

Curlews are Europe’s largest waders, substantial birds only marginally smaller than a pheasant. Their muted, mottled brown plumage is unremarkable, but their extraordinarily long, slender, downwardly curved bills and unique vocalisations make it difficult to mistake them for anything else. 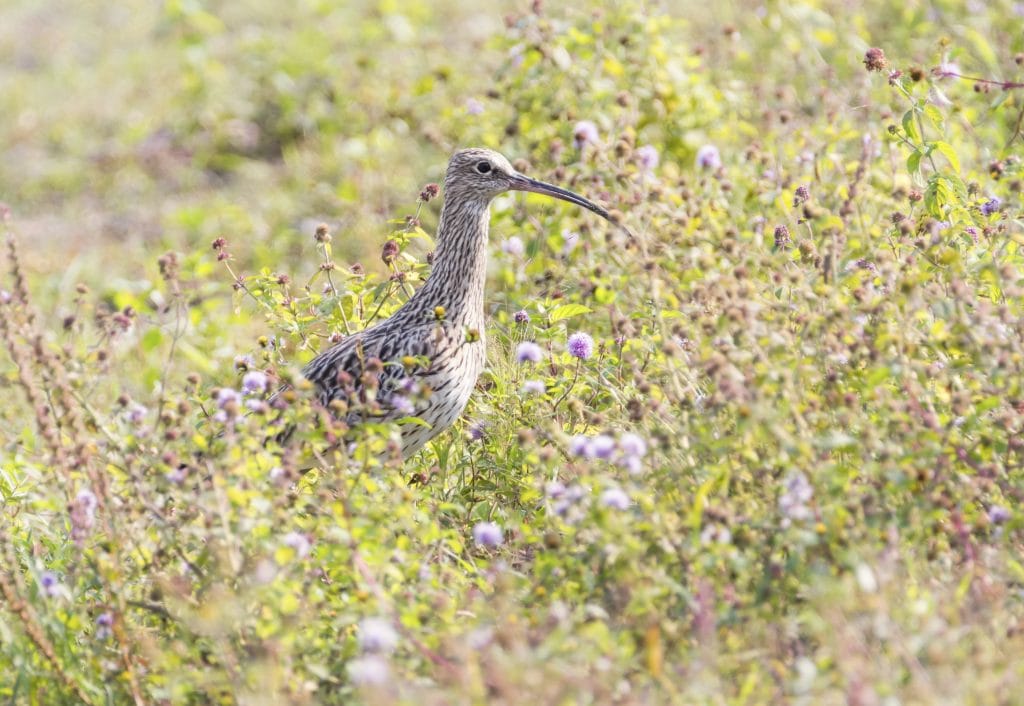 The curlews that arrive in the Dales in spring have spent winter on the coast, using their elegant bills to probe the mud-flats for marine worms and molluscs, or to snap up shrimps and shore crabs.

The very tip of a curlew’s bill is highly sensitive, and it can also open and close independently of the rest of the beak. Thanks to this, the bird can feel and grab hold of a tasty morsel even when its bill is deeply buried in mud or sand and apparently immobilised. The curlew’s ingenious feeding tool is equally effective at probing soft moorland soil or searching under stones for the earthworms, beetles and other invertebrates that the birds feed on when they spend time inland.

“Mingling with the baaing of newborn lambs, the curlew’s eerie warbling provides the definitive soundtrack for springtime
in the Dales”

Our one and only

Worldwide there are eight known species of curlew, although two of these are thought to have become extinct within recent decades. Only one species occurs in the UK, namely the Eurasian curlew, Numenius arquata.

The UK is home to around one quarter of the world’s population of Eurasian curlews. Although curlews may seem relatively common in the Dales, numbers have dropped steeply in the last twenty years or so, possibly by as much as one half. Coastal pollution, drainage of wetlands and environmental disturbance are factors implicated in this unfortunate decline.

The only other bird regularly seen in the UK that could be mistaken for the curlew is the whimbrel, a migrant visitor to coastal areas that breeds in small numbers in the far north of Scotland. The whimbrel has a shorter bill, a striped head and a markedly different call. You can compare the sounds made by the two species at rspb.org.uk.

Outside the breeding season, curlews readily form small flocks, flying in V-shapes or diagonal lines when they need to cover large distances. Travelling in this way helps them save energy, with all bar the leader benefiting from the reduced air resistance created by the slipstream of the bird in front

Like several other species of wading bird, including godwits, redshanks and oystercatchers, curlews have a striking white rump that is only visible whilst the birds are in flight. This probably helps them to stay in visual contact with each other in low light or difficult weather.

As with all ground-nesting birds, curlews are highly vulnerable to disturbance during the breeding season. Do them, and all our other upland birds, a favour by keeping your dog under close control – and preferably on a lead – when walking in open country during this critical time. 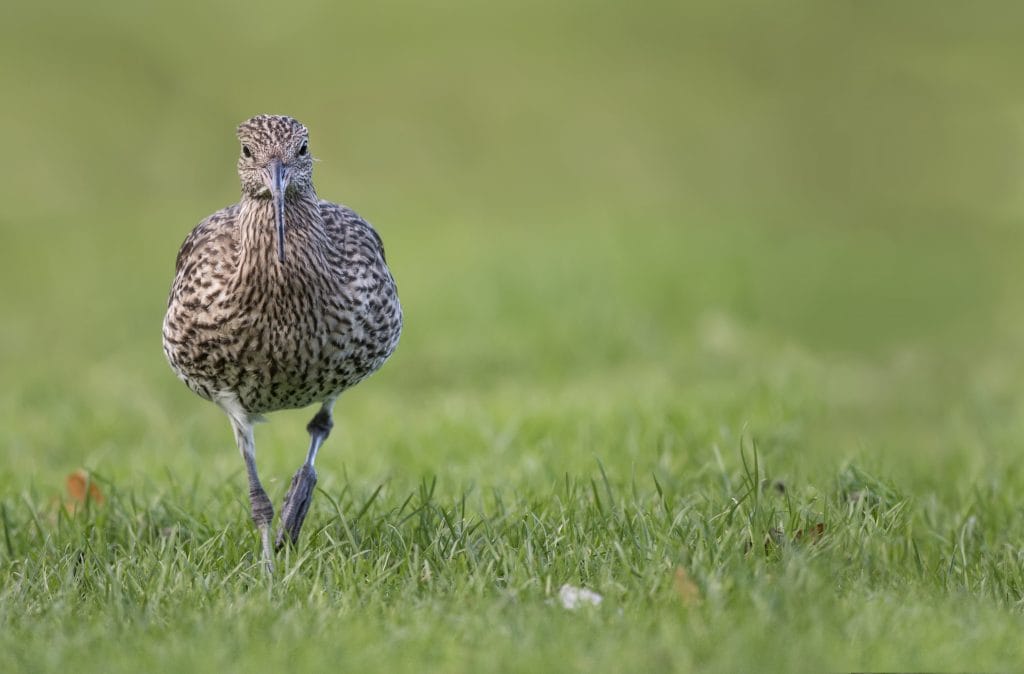 Curlews communicate with a mournful two-note ‘curr-leep’ call all through the year, but the rich, bubbling song that echoes around the Dales as spring gathers pace is the sound of the male birds establishing and defending their breeding territories. Watch carefully and you’ll see them in action, rising steeply into the air as they call, loudly proclaiming ownership of their chosen patch as they circle round before gently gliding back down to land.

Female curlews lay three or four blotchy, pale green eggs in a shallow scrape lined with moss and other vegetation. The well-camouflaged chicks leave the nest with their parents shortly after hatching, taking to the air when they are five or six weeks old. They will join a flock and return to the coast in autumn – and with a bit of luck they will keep our distinctive Dales soundscape alive by returning to the same breeding grounds the following spring.

While you’re out and about enjoying the sound of the curlews, keep an eye open for some of the other waders that breed here in the Dales. These include lapwings, sandpipers, oystercatchers, redshank, dunlin and snipe. You can find plenty of information about these birds, including useful tips on identification, at rspb.org.uk. 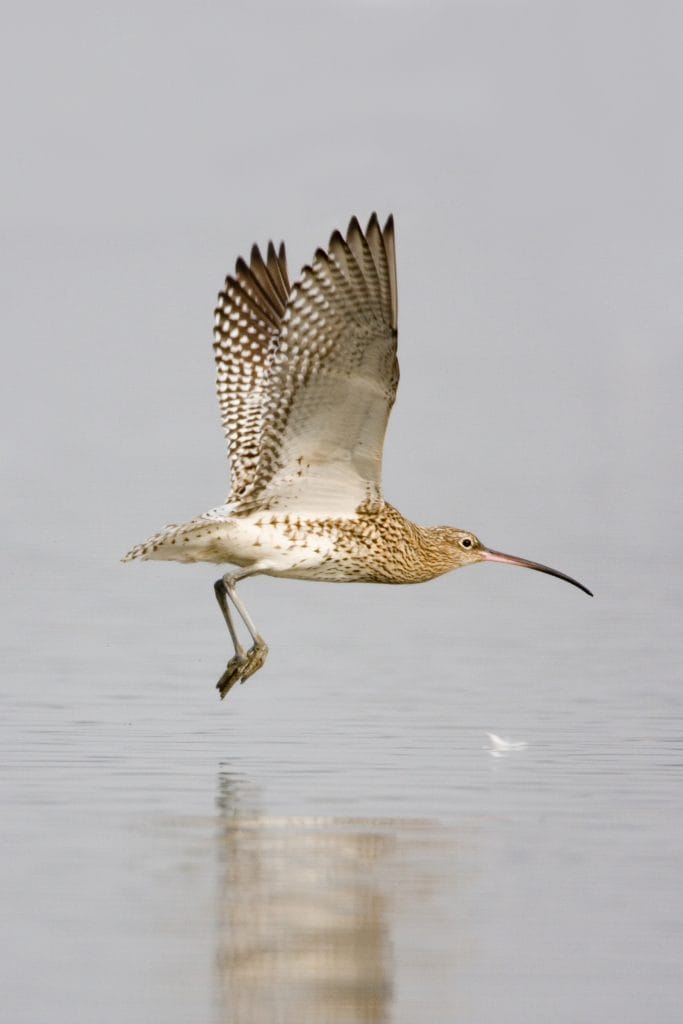 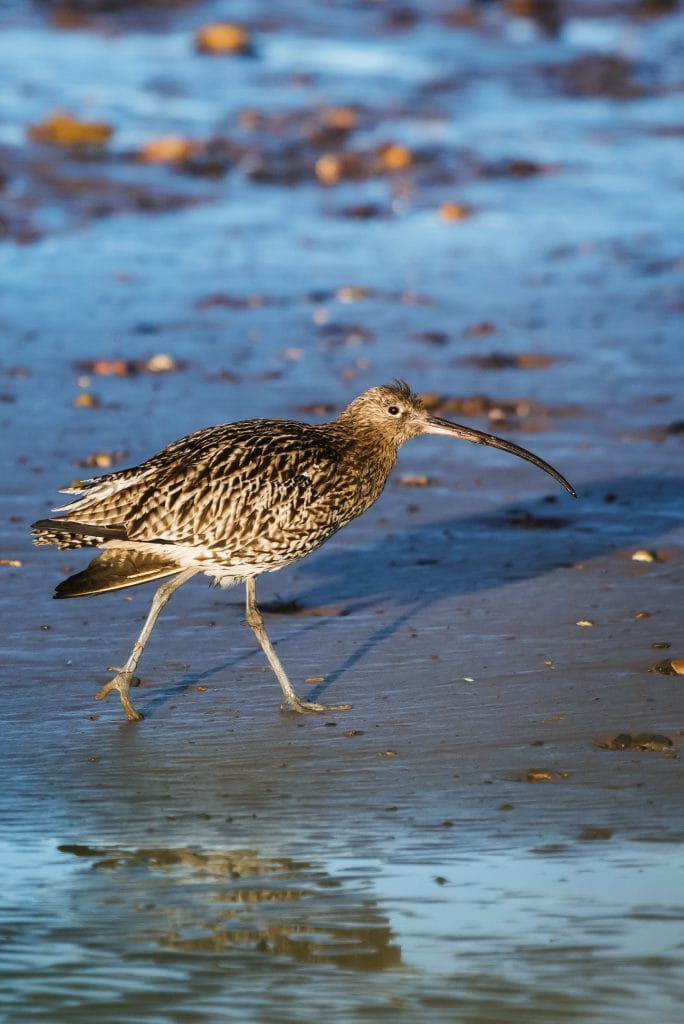